chagayu 大和の茶がゆ rice gruel cooked with tea.
Started in the year 1200 at the hall Nigatsudo at temple Todai-ji, as a simple food for the monks during the O-Mizutori Ceremony.
Now they say

大和の朝は茶がゆで明ける
The morning in Yamato starts with a bowl of rice gruel boiled with tea. 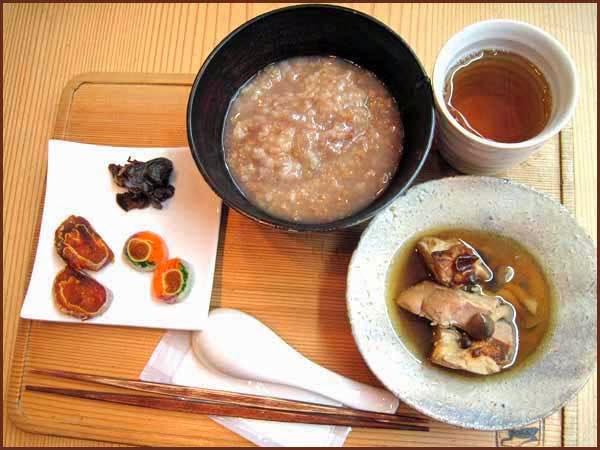 chagayu is used in a variety of cooking, such as Chagayu Kaiseki and Chagayu Bento. It is a simple dish, made of rice, water and tea such as Hojicha or roast tea. As simple as it is, Chagayu is quite popular in Nara due to its refreshing flavor and the way it slips easily down the throat.

Naracha, short for Naracha meshi 奈良茶飯 or Narachagayu 奈良茶粥 , rice gruel of the Nara area, especially at the temples Todai-Ji and Kofuku-Ji. It also contained soybeans and tofu. It was a kind of "fast food" and especially popular during the Meireki period of 1655 -1658.

Matsuo Basho was very fond of Naracha.
It was served to him even in Obanazawa, Yamagata.

He used to tell his students:

After having eaten three bowls of Naracha,
you will know the real taste of a haikai meeting.

This means that we should meet with our haikai friends, share food and drink and a good talk and write poetry together, not alone.

If, by any chance
someone should ask after me,
answer that I pine,
weeping as salt seaweed drips
on the beach of Suma.
Tr. Helen Craig McCullough 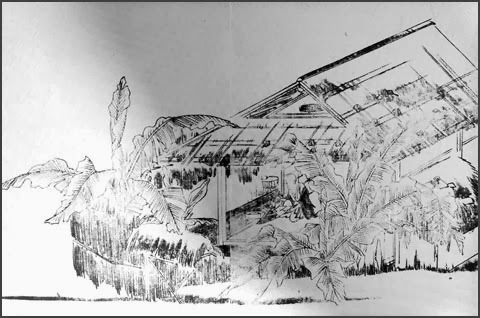 
- quote
Origin of Ochazuke
Most Japanese people love Ochazuke, which is served with bowl of rice and different toppings on top, and then poured hot green tea at last. Typical toppings are different kind of vegetable pickles and seaweed. However, some places, flying fish, bonito, mackerel, salmon and bream are also used as toppings for Ochazuke. In Shizuoka prefecture, grilled eel is used as a topping and it is called "Unacha" and it is a famous specialty of Shizuoka prefecture.

The origins of Ochazuke is still unknown. However, in Heian era, there was a meal called "yuzuke", which is a bowl of rice and hot water poured on top. Yuzuke was also introduced in the record of a formal banquet during the Muromachi era. Ochazuke might be a alternative of this "yuzuke". Also, in the recipe book which was published in early Edo era called "Ryori monogatari (Story of the meals)", a kind of meal used tea "Naracha" was introduced.
Naracha was more like a porridge combined rice, chestnut, or potates with tea. It is also possible that Ochazuke was made to be an instant version of this kind of food using tea.

In ancient China, tea was widely used as a food. Even now in China, tea as a food still exists and eaten by minority groups. This tells that tea was originally not used only for drinking, but also for as a food. Ochazuke might be a reminder of the ancient tradition of using tea.
- source : Yoichiro Nakamura 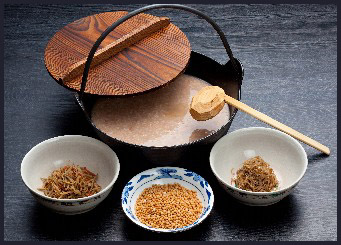