Pushing towards the north, I crossed the River Abukuma, and walked between the high mountains of Aizu on the left and the three villages of Iwaki, Soma, and Miharu on the right, which were divided from the villages of Hitachi and Shimotsuke districts by a range of low mountains. I stopped at the Shadow Pond, so called because it was thought to reflect the exact shadow of any object that approached its shore. It was a cloudy day, however, and nothing but the grey sky was reflected in the pond. I called on the Poet Tokyu at the post town of Sukagawa, and spent a few days at his house. He asked me how I had fared at the gate of Shirakawa. I had to tell him that I had not been able to make as many poems as I wanted, partly because I had been absorbed in the wonders of the surrounding countryside and the recollections of ancient poets. It was deplorable, however, to have passed the gate of Shirakawa without a single poem worth recording, so I wrote:

The first poetic venture
I came across --
The rice planting-songs
Of the far north.

Using this poem as a starting piece, we made three books of linked verse.

There was a huge chestnut tree on the outskirts of this post town, and a priest was living in seclusion under its shade. When I stood there in front of the tree, I felt as if I were in the midst of the deep mountains where the poet Saigyo had picked nuts. I took a piece of paper from my bag, and wrote as follows:

"The chestnut is a holy tree, for the Chinese ideograph for chestnut is Tree placed directly below West, the direction of the holy land. The Priest Gyoki is said to have used it for his walking stick and the chief support of his house.

The chestnut by the eaves
In magnificient bloom
Passes unnoticed
By men of the world.


quote
After having arrived at the post station of Sukagawa, I called upon a man named Tôkyû, who insisted that we stay at his house for a few days. He asked me how I had fared at the barrier of Shirakawa. I replied that I was unable to compose any poems. I had been totally exhausted from the long journey, partly because I had been overwhelmed by the scenic landscape and by nostalgic thoughts of the past. It would have been regrettable, however, to cross the barrier without writing a single verse, so I wrote:

The beginning of fûryû!
the rice-planting song
in the remote north.

My verse is followed by a second and third verse, and we produced three linked-verse sequences.

While the existing English translations of the poem have been relatively concurrent in translating the term as “poetry” or “the poetic,”
Ebara Taizô and other Japanese scholars interpret it as the aesthetic or artistic experience the speaker had when he stepped into the unexplored area on his journey. Some early Japanese scholarship has also suggested that the term fûryû here means the musical performance furyû, but this point of view is not widely accepted, as no solid evidence has been found that furyû evolved from rice-planting songs.

Given its semantic complexities and compositional contexts, this poem in Oku no hosomichi poses intriguing questions to the reader. Either as praise of the host’s homeland or as an announcement of the speaker’s poetic quest, the poem has assumed a natural relationship between poetic quality and the rice-planting song in a rustic area.

A question naturally arises as to what kind of poetry or poetic quality Bashô’s fûryû relates and designates.
Fûryû is an important aesthetic concept in traditional Japanese culture, but the precise meaning of the term has been a complicated issue.
It derives from the Chinese word fengliu.

The beginning of all art:
a song when planting a rice field
in the country's inmost part.
Tr. Henderson


beginning of poetry -
the rice-planting song
of the Interior
Tr. Shirane

In the Tohoku region, where rice did not grow well, people had taken to plant sweet chestnut trees for food to survive the harsh winters.


Written at Sukagawa, when Basho stayed with Sagara Tokyu
in a letter to poet Kaun 何云 （かうん）

the home of the barrier guard
I will ask to the
water rail, yes
Tr. Gabi Greve

The MONO at the end of line 3 gives a strong impression.
It is a greeting hokku to his host


The voice of the kuina birds sounds like someone knocking on a door,
. kuina tataku 水鶏たたく a Kuina knocks . 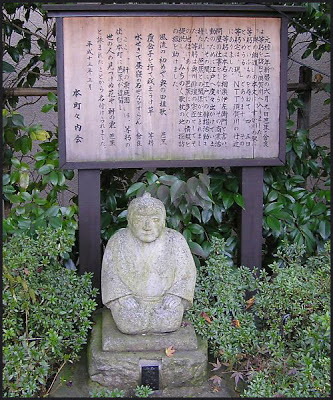 It is said that he asked Basho about his impression of OKU after crossing the Shirakawa barrier, and Basho answered with the above hokku about FUURYUU - the beginning of all art.