Basho’s Death
It is generally held that Basho died at the Saru-no-Koku (around 4 o’ clock in the afternoon) on the 12th day of the Kamina-zuki (October according to the lunar calendar) of the 7th year of the Genroku Era, or 1694.
He was taken ill on his last journey in Osaka and came to the end of his 50 years of life at the house of Hanaya Nizaemon in Minami-Mido-Mae, watched by many of his disciples who hurriedly assembled at his bedside.
(The equivalent date of his death according to the solar calendar is 28 November.) 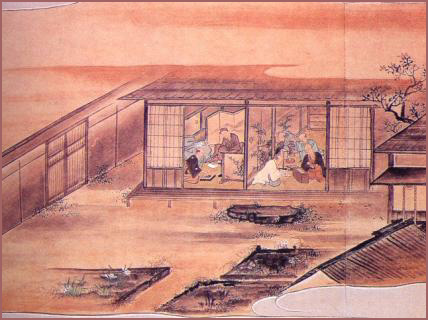 Basho moved to his home on the 5th day of the 10th lunar month.
Many of his disciples hurried to meet him there when they got the messge of his severe illness and approaching death (Basho kitoku 芭蕉危篤) , but very few from Iga Ueno made it, because Basho had asked not to inform them of his severe condition.
He did not want to make his family sad.


quote
Learning of Basho's serious illness, Kyorai had immediately set out by ship from Fushimi and, having rapped on Hanaya Nizaemon's door in the dead of the night, watched over his master day in and day out. Moreover, by prevailing upon Shido to arrange for an assistant, sending someone to Sumiyoshi Shrine to pray for their ailing master, and consulting with Hanaya for the purchase of various personal effects, he had, more than anyone, endeavored zealously and relentlessly to provide whatever was required.
...
Four or five days before, the master had said:
"I had long thought that I would die stretched out on the grass, with earth for my headrest. I could not be happier that to see the hope for a peaceful end here fulfilled on this splendid bed."
This he had oft repeated as an expression of his gratitude, though wether he was now lying on a withered moor or in the rear annex of Hanaya Nizaemon's residence was of no significant difference.

In fact, up until three or four days before, the very person now moistening the lips of the dying man had worried that his master had not yet composed his last verse; just the day before he had contemplated how he might compile a posthumous book of his hokku. 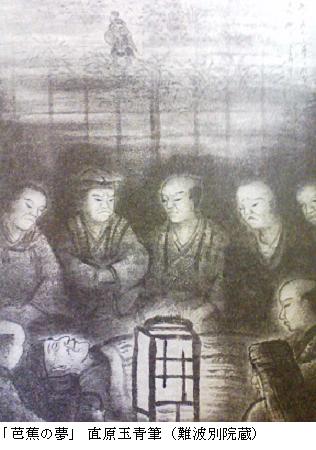