iza saraba is the most common compound with this word.
It can also mean "Come on!"

come, children,
let’s go out and run
in the hail!
Tr. Makoto Ueda


Written on the first day of the 11th lunar month, 元禄2年11月1日. 1689.
Haikai meeting in Iga Ueno, at the home of Ryoobon 良品 Ryobon.
Maybe Basho is seeing his haikai friends as the "children" and wants to go out with them playing.

On the way back, written in Atsuta.
A priest from Hiruga Kojima 蛭が小嶋 in Izu had heared of Basho and came to travel with him.

From this mendicant priest Basho heared the about the death of 大顛和尚 Daiten Osho.
Daiten was the 163rd head priest of Engaku-Ji in Kamakura. His haiku name was 幻吁 Genku.
He was also the Zen instructor for Kikaku.
Daiten had died on 貞亨2年1月3日.

So he wrote the following hokku for Daiten

皆拝め二見の七五三を年の暮
. mina ogame Futami no shime o toshi no kure .
please all, worship this !
- - - - - and one more about Futamigaura
うたがふな潮の花も浦の春 - utagau na ushio no hana mo ura no haru
do not doubt it!


The phrase "Iza Kamakura いざ鎌倉," literally, "in an emergency" or
"when it comes to the crunch, (I will rush to Kamakura as fast as possible) . . .

There is a story that reveals an aspect of Tokiyori's character. He was also called Saimyoji Nyudo Tokiyori (最明寺入道時頼) in connection with Saimyoji temple which he had built. After Tokiyori retired from regency, he is said to have traveled across the country in the guise of a monk in order to see what conditions were like.
... One snowy day during his travel in present-day Gumma Prefecture, he stayed overnight at the home of a warrior called Sano Tsuneyo (佐野常世). As the host was poor and did not know who the guest was, the meal he served was very sim="all".
However, he welcomed his guest warmly. He took cherished trees from their planting pots, ume (梅, Japanese apricot), sakura (桜, cherry tree), and matsu (松, pine tree), in order to cook a meal and warm the room.
Tsuneyo said, "Because my land was taken away, I am hardly able to make ends meet. But, I keep my horse and a set of arms in good condition in case of emergency. When and if an emergency occurs," he continued, "I will be the first to rush to Kamakura to fight against any enemy to my last drop of blood."

Not long after this, the Kamakura government summoned retainers from across the country. Tsuneyo was the first to arrive. The man who granted him an audience was none other than the monk whom Tsuneyo had welcomed on that snowy night. Tokiyori commended his attitude and not only allowed him to regain his former land but gave him more.
source : e_kama_history


a sweet named after this phrase : 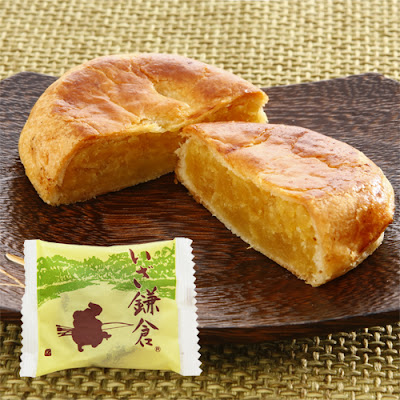