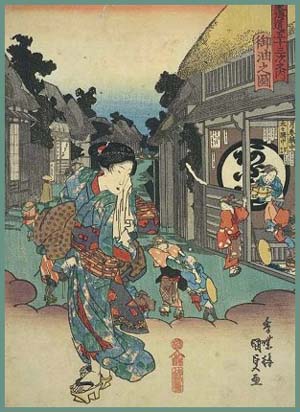 
Goyu is located in Goyu-chō in the city of Toyokawa, Aichi Prefecture, Japan. A pine tree colonnade, one of the few remnants from the Edo period post town, is a well-known tourist spot. It was approximately 10.4 kilometres (6.5 mi) from Yoshida-juku, the preceding post station. Goyu was about 298 km from Edo and 195 km close to Kyoto. Now it is in Toyokawa.
Goyu-shuku was established in 1601, at the behest of Tokugawa Ieyasu. At its most prosperous, there were four honjin in the post town, though there were never less than two at any point. The classic ukiyoe print by Ando Hiroshige (Hoeido edition) from 1831-1834 depicts the main street of the post town at dusk, with aggressive female touts (for which the post station was infamous) attempting to drag travellers into teahouses and inns for the night.
© More in the WIKIPEDIA !


Akasaka (赤坂宿, Akasaka-juku)
was the thirty-sixth of the fifty-three stations of the Tōkaidō. It is located in present-day Toyokawa, Aichi Prefecture, Japan. It was only 1.7 kilometres (1.1 mi) from Goyu-juku, the preceding post station.

Along with the preceding Yoshida-juku and Goyu-shuku, Akasaka-juku was well known for its meshimori onna, rice-serving ladies. The classic ukiyoe print by Ando Hiroshige (Hoeido edition) from 1831-1834 depicts a typical inn; the scene is divided in half by a sago palm in the center. To the right, travellers are taking their evening meal, and to the left, prostitutes are putting on make-up and preparing for the evening entertainment.
Due to its reputation, Akasaka was a popular post station with many travellers. 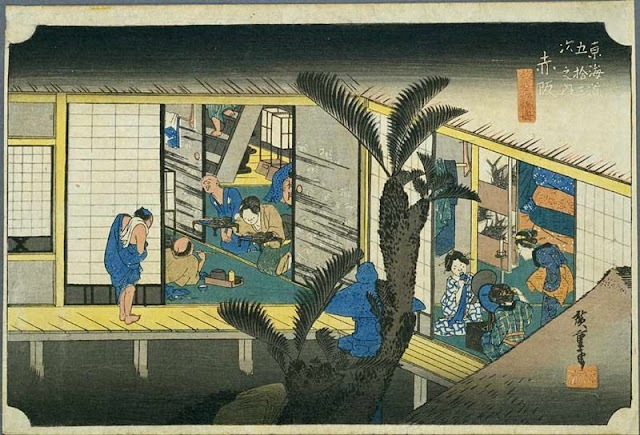 Ōhashi-ya (大橋屋), an inn that first opened in 1649, less than half a century after the creation of the Tōkaidō, still operates today. The building it uses was built in 1716. During a census in 1733, there were 83 inns in Akasaka-juku, but only Ōhashi-ya remains today. At its peak, though, there were 349 buildings, including three honjin, one sub-honjin and 62 hatago.

Goyu-shuku was less than 2 km from Akasaka-juku, making them the closest stations on the whole of the Tōkaidō.
At Sekigawa Shrine (関川神社) in Otowa, Matsuo Basho wrote the following haiku, because they were so close:

By the summer moon,
depart out from Goyu and
reach Akasaka.

© More in the WIKIPEDIA ! 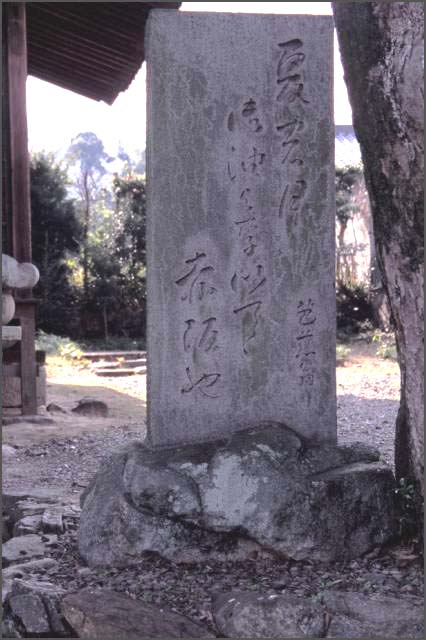 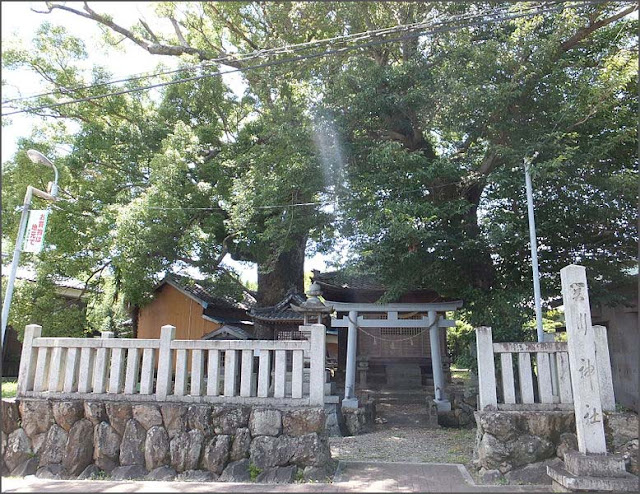 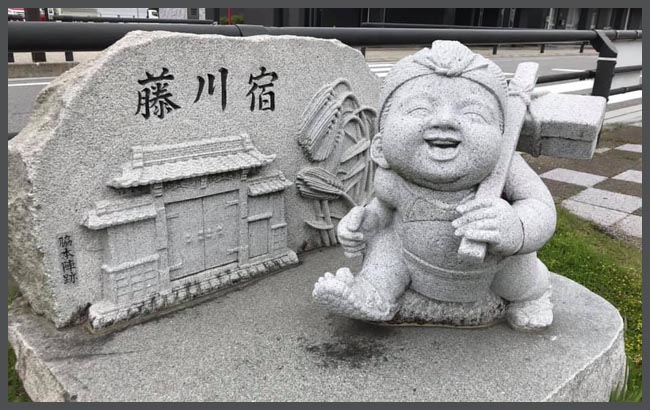 At its peak, Fujikawa-juku was home to 302 buildings, including one honjin, one sub-honjin and 36 hatago.
Its total population was approximately 1,200 people.[1] The classic ukiyo-e print by Andō Hiroshige (Hōeidō edition) from 1831 to 1834 depicts a daimyō procession on sankin-kōtai entering the post station, which would have been a common occurrence. Three commoners are shown as kneeling as the lord's retinue passes. [2] The Okazaki city government has been working actively on preserving this old post town as a tourist destination.
In addition to creating the Fujikawa-shuku Archives Museum within the preserved waki-honjin, detailing the history of the post town, the city has preserved a number of old structures such old street lights, and traditional houses with lattice windows. A line of old pine trees extending for approximately a kilometer marks the location of the Tōkaidō road.
- - - More in the WIKIPEDIA !